Radosvet Radev met with the future... 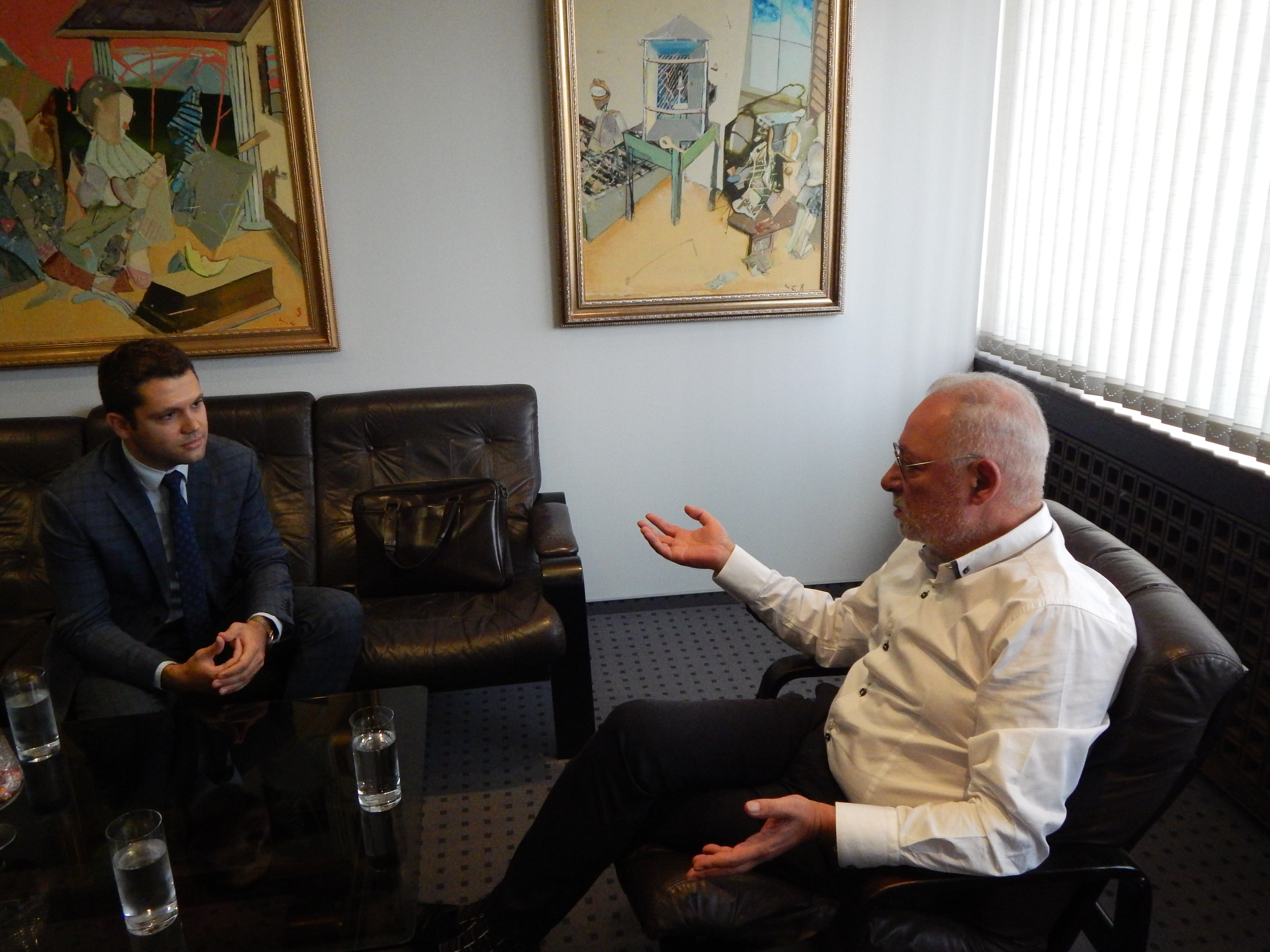 The Executive President of BIA Radosvet Radev had a meeting with the newly appointed head of the Commercial Representative Office of Bulgaria in Erbil, Republic of Iraq – Vasil Vasilev. The topic of discussion were the Bulgarian-Iraqi economic relations and the potential of Bulgarian companies to enter Iraqi markets. Vasil Vassilev introduced Radosvet Radev to the current political and economic situation in Iraq and, in particular, to the Kurdistan Autonomous Region, stating that there is still political instability that persists in investors but Bulgarian companies have a good reputation from previous periods and this reputation must be capitalized. Mr. Vassilev informed that the new Iraqi government will be formed at the end of this year, after the elections held in May, and this will contribute to the gradual political and economic stabilization of the country. “Whoever enters first on a market wins. That is why it is of the utmost importance that Bulgarian companies enter the Kurdish market at this early stage of forming the independent Kurdish economy,” said Radosvet Radev.

According to Vasil Vassilev, Bulgaria is currently exporting mainly food products to Iraq, but there are excellent prospects for Bulgarian companies in the field of infrastructure. The ambition of Bulgaria’s new commercial representative is to provide a strong Bulgarian investor for the energy sector in Iraq, as the country needs to diversify its energy supply and is now strongly tied to Iranian oil.

“Business is like water – it is pushing its way to the least resistance, so it is not necessary to get institutional support for entering a market, but such support is never superfluous,” said Radosvet Radev. He expressed satisfaction with the fact that a young, ambitious person with excellent knowledge of the local language, politics and economy goes to work for the Bulgarian business interests in this troubled but interesting market.

Vassil Vassilev has committed to inform timely about events, commercial interest, auctions, etc., which are potentially interesting for Bulgarian companies. Accordingly, BIA is committed to retransmit this information to its members via its communication channels.