A delegation of German employers... 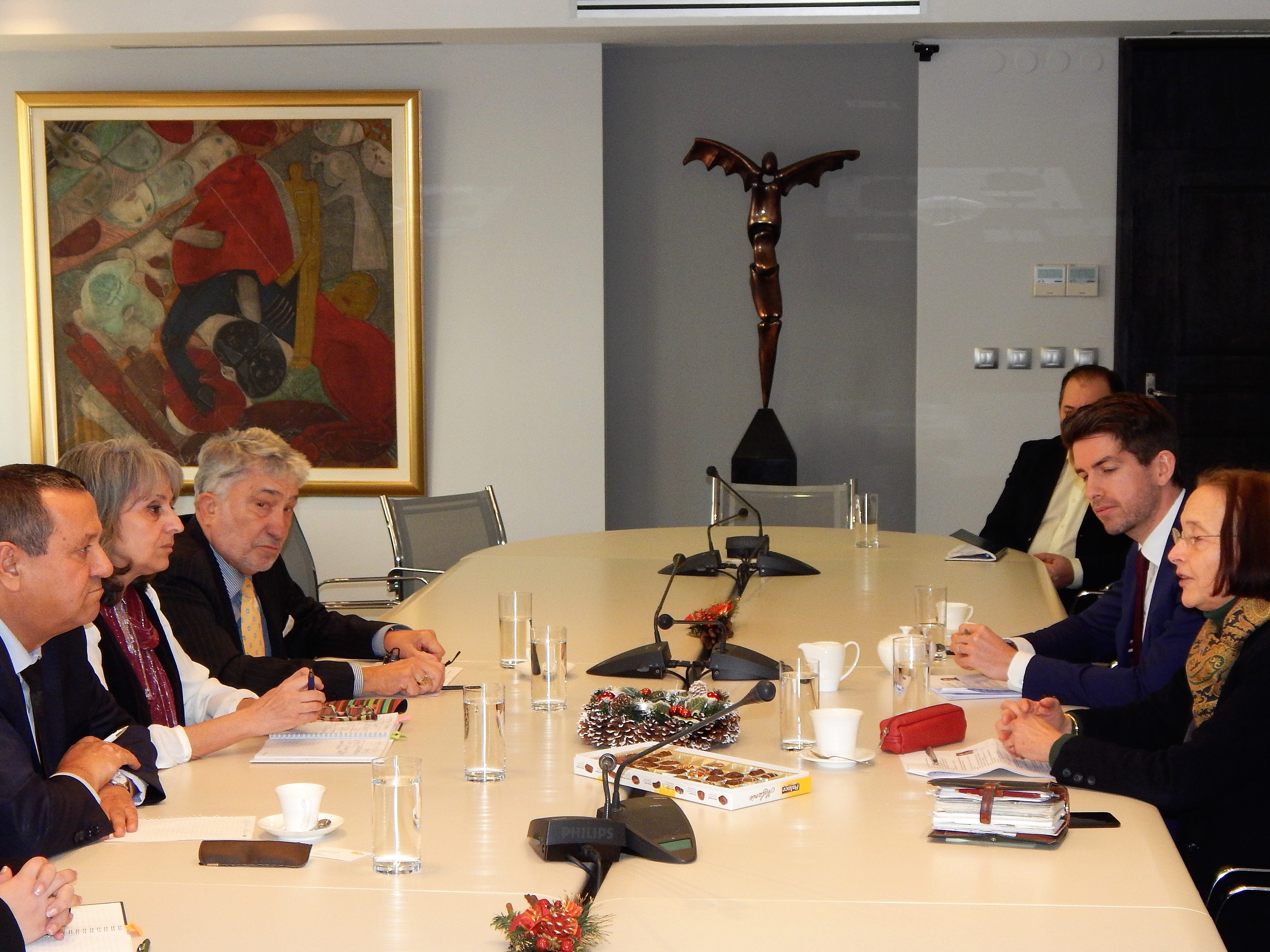 In the period of 7-8 December 2017, BIA organized a visit to Bulgaria of a delegation of the German Employers' Confederation (BDA), headed by Peter Clever, Deputy Director-General of the BDA, and a member of the European Economic and Social Committee.

During the business visit, official meetings were held with the Minister of the Bulgarian Presidency, Lilyana Pavlova, the Deputy Minister of Labour and Social Policy, Lazar Lazarov and the Chair of the Parliamentary Labour and Social Policy Committee, Hassan Ademov., The priorities and expectations of the German employers from the upcoming Bulgarian Presidency of the EU Council were presented and discussed during the meetings.

The visit of the German delegation is taking place thanks to the long-standing partnership between BIA and BDA, as members of BusinessEurope (Confederation of European Business).

BDA is a national employers' organization of Germany, representing the interests of German business in the field of social policy and industrial relations. The organization participates in the work of committees at national, European and international level, in hearings of experts, in self-governing bodies of social security funds, in collective negotiations at sectoral and national level. BDA is a partner of the German government and trade unions on all issues related to social and income policy, labour law, including European and international social practice.

Peter Clever was born on 5 January 1955. He was a spokesman in the Bundestag's CDU/CSU political grouping, in the Berlin Senate Administration for Federal Affairs as well as in the Federal Ministry of Labour and Social Affairs (BMA), where he headed three departments: International Social Policy, Employment and Integration of Foreign Workers/Staff.

In the period 1998 to 2003 he was head of corporate communications for the Fundus Group Cologne/Berlin. Since 2004, he has been a member of the board of Deutsche Welle, and since 2014 chairman of the media's Administrative Board. See more HERE!