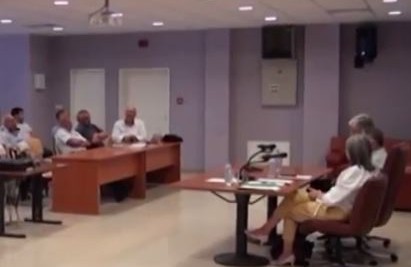 The problems with the lack of staff, the complicated procedures for hiring foreign workers and the need for administrative reform to ease the burden on business were the topics discussed today, at an extended meeting by members of the Regional Industrial Association - Shumen. The meeting was attended by Mrs. Margarita Popova - Vice President and General Secretary of BIA. She commented that "there is no time to wait - we must start now and immediately. Starting from Shumen, and from now on to also attract as our adherents on these very important policies our other regional organizations and, of course, the Bulgarian Industrial Association."

The need for administrative reform, which will guarantee the improvement of management was addressed by Mr. Nikolay Tonchev - Chairman of the Regional Industrial Association - Shumen. "We as taxpayers cannot pay such taxes when our money is spent so irresponsibly," said Mr. Tonchev.

"The problem with lack of staff is long overdue and companies cannot overcome the deficit with their own resources, since a large part of the working age population is abroad and those registered in the Labor Offices do not want to work," said the owner of a textile company Mr. Ilia Popov, and added: "If we do not take action, I see that in time there is no one to earn the pensions of the aging Bulgarian population. All companies and industries will collapse down. Even more acute will be the problem with the opening of new production facilities in Shumen ", comments Mr. Popov.

"Human resource firstly requires making sense, planning and forecasting at a national level as quantitative and qualitative indicators," said Mr. Sotir Karanikolov, manager of the Complex Oncology Center in Shumen. According to his words, "the regulation, the direction, which should be given by the state, is absent. Qualified workers slip away, we light-handedly wave and say that it is not a big deal that many doctors transfer to Germany, we will produce more, but this is not an ever ending process ."

The problem with the lack of staff in other countries - for example, in Poland, has been long resolved by hiring foreigners. In Bulgaria, however, the current legislative framework, regulating the recruitment of workers from other countries is aggravated and a lot of entrepreneurs are unable to cope with the procedures, commented business representatives. And they insisted that legislation in this direction has to be alleviated.