Dimitar Dalgachev was reelected as a... 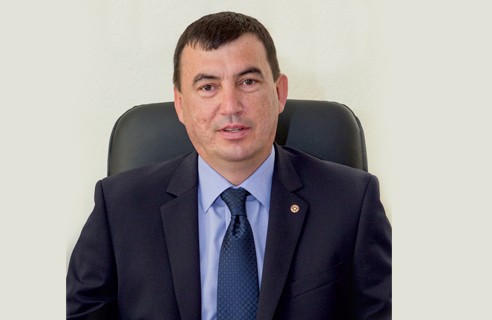 The participants in the General meeting were welcomed on behalf of the BIA by the Vice President of BIA, Mrs. Margarita Popova and the Deputy General Secretary Mr. Dobri Mitrev.

Dimitar Dalgachev was reelected as a Chairman of the Management Board of the Bulgarian Soft Drinks Association (BSDA) on the General meeting of the organization held on the 27th of January 2017.

The members of the Association adopted an ambitious plan for 2017 and an event calendar, structuring the activities by priorities, key tasks and upcoming projects, all of which with a quantitative criteria of the execution.

Satisfied with the work of the organization in a great specter of directly and indirectly connected to the sector issues, the Association’s members accepted the detailed report for the work of the Management board for 2016 and the summary of its work in the period 2012 – 2016.

The Association reported on the achieved results on a European and national level by the execution of their main priorities for unifying the industry and defending the interests and efforts of the manufacturers and partners along the chain – from the creation of the product to the end user and even further.

The participants in the General meeting were welcomed on behalf of the Bulgarian Industrial Association by the Vice President of BIA, Mrs. Margarita Popova and the Deputy General Secretary Mr. Dobri Mitrev. They emphasized on the important place of the manufacturing of soft drinks sector in the Bulgarian food and drink industry and acknowledged its success in the development of product categories, as well as in the conducting of socially responsible and environmental friendly policies. BSDA received a high evaluation from BIA for their effort and competences by the defending a favorable surroundings for the development of the sector.

As a long-standing member of the European Federation of Bottled Waters (EFBW) and the Union of European Beverages Associations (UNESDA), the BSDA is a part of the network of the European industry and is actively participating in the process of development of the European legislation, defining and applying of the highest work standards in the industry. With a decision of the General meeting BSDA accepted the invitation to become a member of AIJN (European Fruit Juice Association), which grants the Association maximum representativeness on a European level and widens its opportunities for professional support of its members.