10 years since bulgaria joined the...

In 2017 Bulgaria marks 10 years of European Union membership. What are the achievements and the disappointments from the EU membership? Business representatives share their opinions for Economist magazine.

Bojidar Danev, BIA: We lost our most qualified specialists

We got the exclusive chance to enter into another political culture. A big role, even though controversial, have the grants as well.

There is someone to monitor, watch and correct the behavior of the political elite, which is startled.

For the first time the budgetary expenses are supervised. The budgets are still highly centralized and hierarchic, without the needed financial freedom for regions and municipalities. We were not criticized for that in the monitoring reports of the EU and thus this practice continues.

We lost a great part of Bulgarian intelligentsia and people with entrepreneur spirit, actually the genetic wealth of Bulgaria. We were obviously not mature enough for such market radicalization, the most prepared staff went to more developed countries and we lost. 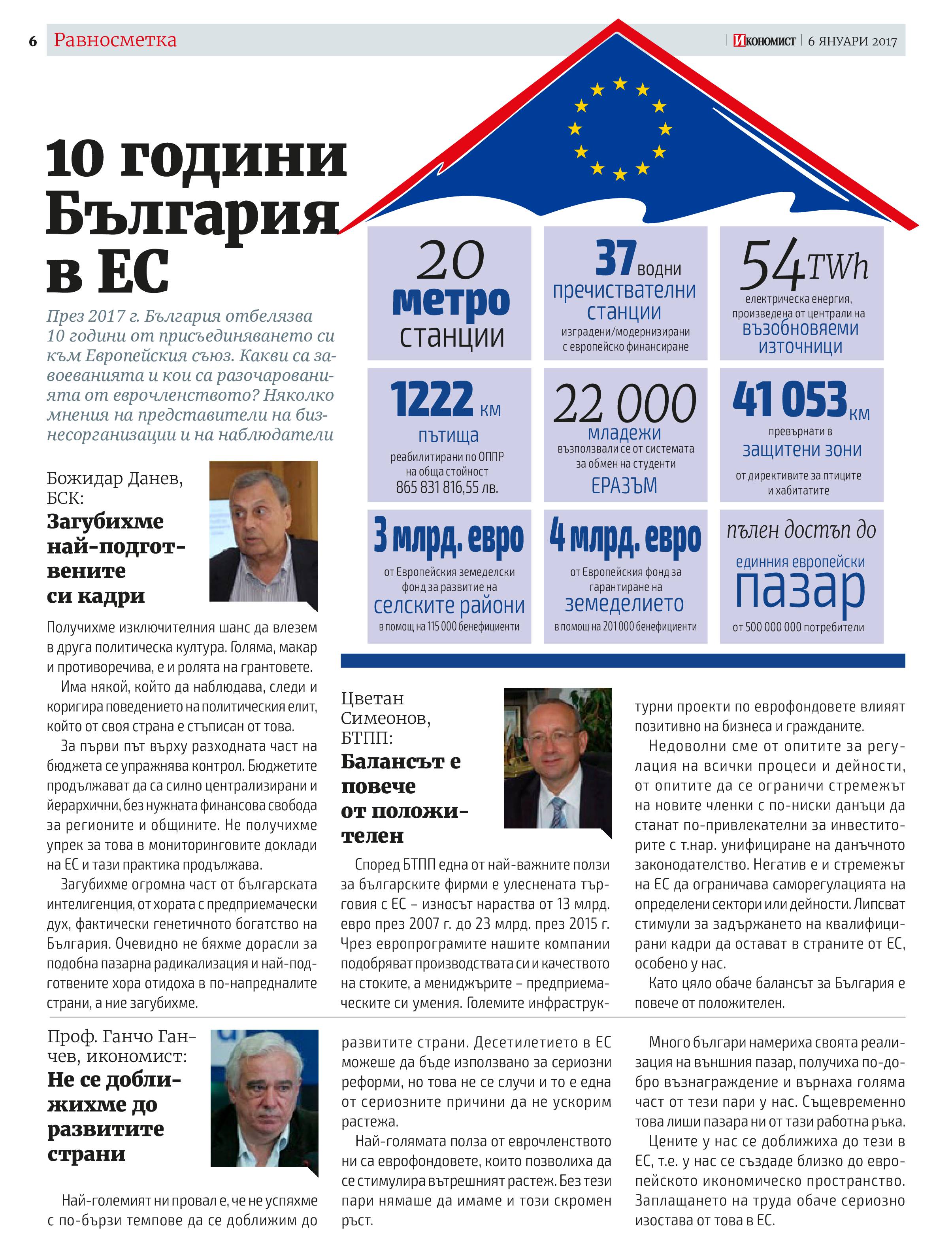