Bulgarians aging and getting fewer,... 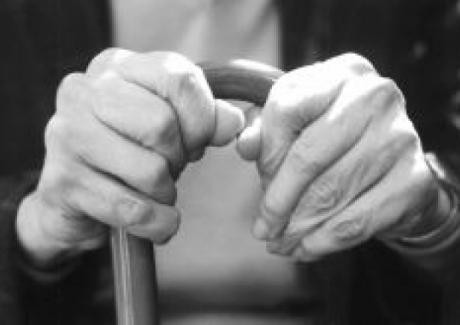 The population of Central Europe and the Baltic states is aging faster and has been shrinking, compared to the situation in the old EU member-states. That is what data of a World Bank’s research, named Aging Europe, show. Those processes register the worst indications in Bulgaria. According to official data of the National Statistical Institute, this country’s population shrinks by 5 persons per hour or by more than 45,000 men and women per year – this is an average town’s population.

The explanation is simple. The mortality rate here is the highest one in the EU and 6th in the world, the birth rate is extremely low and there is a huge migration process. However, there are reasons for all these sad facts and the main one is the poorly developed economy - with the respective poverty and low standard of living that follow.

Some 25 – 30 years ago the Bulgarians reached nearly 9 million, now they amount to not more than 7 million people. EU forecasts say that by 2050 the population will outnumber 5.7 million only a bit, if drastic measures are not taken in a most urgent manner.

No matter how simple the explanation for the demographic catastrophe coming might be, the problems caused by this dramatic situation seem to be so complicated and almost impossible to solve. Those are related to both the social, cultural and economic policy, as well as to ethnic and religious tensions, geopolitical interests, climate change etc.

To put it simple – it is the standard of living. When one was born in misery, growing up half-illiterate and without any culture at all, when job seekers have no qualification and skills, when no matter how hard you work the wage is barely enough for electricity, water supply and food of dubious quality – then no one would even think of any offspring that will live even worse than him or her. That is why the number of newly born Bulgarian babies is constantly declining – from around 120,000 per year back in the totalitarian times to 60,000 nowadays, which ranks us 210th in the world. Birth rate in developed countries around the globe declines everywhere and the population is aging. However, in very few countries the number of babies has gone down twice over no more than 20 years.

The result – the share of young people on aged ones declines dangerously at the expense of persons, aged over 65 – the latter represent 20 percent of the population at many spots throughout Bulgaria. These people do not work hard and do not produce added value now, they have already finished with the big investments in their life, their consumption has shrunk to the minimum. A growing economy needs to produce and sell – the hardship stricken and in deteriorating health Bulgarian pensioners can hardly be called the perfect consumer that will push up the economic growth.

The young, energetic, educated, ambitious and qualified Bulgarians do not find the conditions and opportunities they need for their career in the poorest and worst developed EU member-state – and they look for their personal happiness abroad. Some statisticians claim those are over 1.5 million. That is the social group with the largest economic potential and possibilities, these are the people who are now building their life, family, career and wealth. However, they are doing it all abroad…