BIA declare less regulation in the... 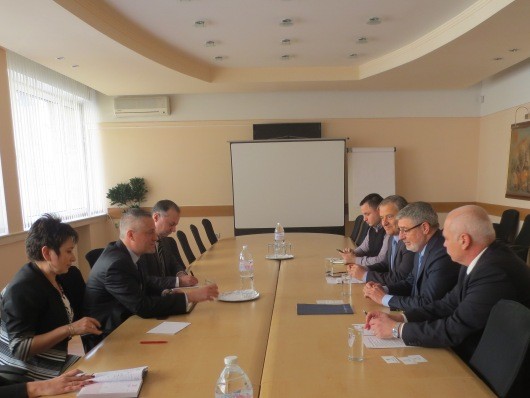 Ministry of Economy should give priority to work on reducing administrative burdens and regulations on business. It insisted on the leadership of the Bulgarian Industrial Association at a meeting with Minister of Economy Bozidar Lukarski. The meeting was attended by Chairman of the Managing Board of the BIA of BIA Sasho Donchev and Vice-Presidents of BIAKamen Kolev  and Dimiter Brankov.

BIA insisted to include public procurement in e-government and typing application dossier. This will lead to transparency in the process and reduce opportunities for corruption in the auctions, said Vice President of BIA Kamen Kolev.

According to Mr. Kamen Kolev change is needed in the 82 laws that impede business with unnecessary regulations. In addition, there are over 350 license, registration and permits, which are administered by municipalities in violation of the law, which create opportunities for corruption, said Kolev. BIA still insisted to respect the principle of cost orientation of charges in licensing and registration. Currently the administration profit from any other charges on businesses and citizens, according to the chamber.

The meeting was addressed the issue of negotiations on the Transatlantic Partnership on Trade and Investment (TTIP). Both sides agreed on the need for greater transparency in the negotiation process, since the agreement will provide greater opportunities for business development and trade relations of the member states of the EU with the United States.