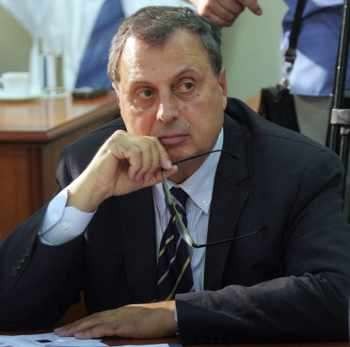 Bozhidar Danev, Chair of the Bulgarian Industrial Association (BIA), has described 2014 as a very difficult year for the Bulgarian economy.

In a Saturday interview for the BGNES news agency, Danev argued that 2014 had been a year of three governments, with each of them causing disturbances to the business environment in the country.

He pointed out that the outgoing year had been characterized by unpredictability as regards the steps of each new government, which had taken its toll on the business climate.

Danev noted that the Bulgarian economy had also been subjected to substantial economic pressure in 2014 due to external events such as the crisis in Ukraine, the problems with the prices of a number of raw materials, the closure of certain markets, as well as internal occurrences such as the EU funds freeze and the subsequent re-start of these payments, as well as the additional financial stress caused by the Corporate Commercial Bank (KTB, Corpbank).

“If we add to that the natural disasters, which had a negative impact on the business environment and the development of businesses as a whole, you can see that businesses have withstood all tough tests,” he boasted.

Danev claimed that the GDP growth could reach 1.4%, despite the numerous obstacles and difficulties which businesses had had to go through.

He expressed optimism about 2015, stressing that the collapse in crude oil prices, which was expected to cause prices of gas and hard coal to collapse, would be hugely beneficial to Bulgaria as the country was a major importer of energy resources.

The Chair of the BIA underscored that Bulgaria’s imports would be given a major boost as a result of the reduction in energy costs, taking into account that the products were mostly very energy-intensive.

He rejected allegations that the budget revenues would drop as a result of the VAT decrease, stressing that turnovers were expected to go up.

“Businesses believe that this will have a positive impact and if we manage to preserve legal stability and we refrain from drafting and adopting laws in 5 days, I expect 2015 to be a year of serious growth for the Bulgarian economy,” he stated.

Danev insisted, however, that Bulgaria had to deal with the administrative bloat and slash the total number of employees from the current rate of over 700 000 by adopting the e-government or face dismal prospects.

He said that Bulgaria needed economic growth of 5-9% in order to catch up with other EU Member States.

“Unfortunately, we have witnessed a collapse in foreign investment and a decrease in domestic investment. However, politicians appear to be hypnotized by EU funds. If you examine the structure of investments carefully, you will see that they amount to around 17-18 billion, of which only 3 billion are EU funds. What politicians should do is pay more attention to the business environment in order to step up Bulgarian investments, which can guarantee permanent economic progress and permanent prosperity, including improving the living standards of the Bulgarian population,” he reasoned.

He also urged politicians to make better use of Bulgaria’s geostrategic location and to put extra effort into making sure that the country was not bypassed by key infrastructure projects.