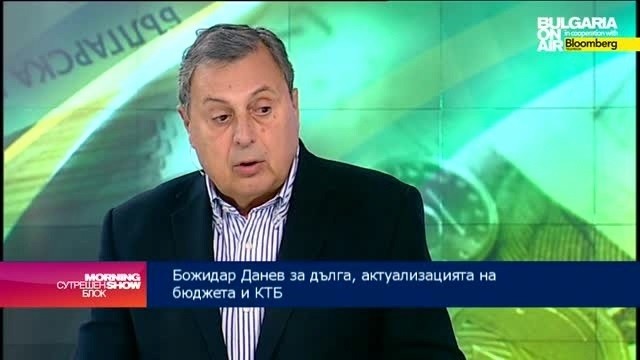 Bozhidar Danev, Chair of the Bulgarian Industrial Association (BIA), has recommended swift reforms in the sphere of administration and the pension system.

In an interview for Bulgaria On Air TV, Danev suggested that the only efficient solution in a situation of decreasing budget revenues was to cut expenses.

“Unfortunately, the budget update not only fails to cut costs but it increases them, with the resources mostly going to the administrations of certain ministries,” he stated.

He claimed that the impact of the crisis triggered by Corporate Commercial Bank (Corpbank, KTB) would be felt in 2015, 2016, and 2017.

“The crisis at KTB is a litmus test for the functioning of the judicial system,” Danev declared, adding that the case provided an unprecedented opportunity for uncovering corrupt practices.

He condemned the proposal for merging the National Revenue Agency and the Customs Agency and predicted that it would result in a steep decline in receipts.

To illustrate his point, the BIA Chair said that the UK had incurred substantial losses as a result of such a move.

“Closing 2014 will be very difficult, which presupposes a very rough beginning for 2015, but let us hope that the government will stick to the reform plan cited in its program,” Danev noted.