According to NSC data Bulgarian... 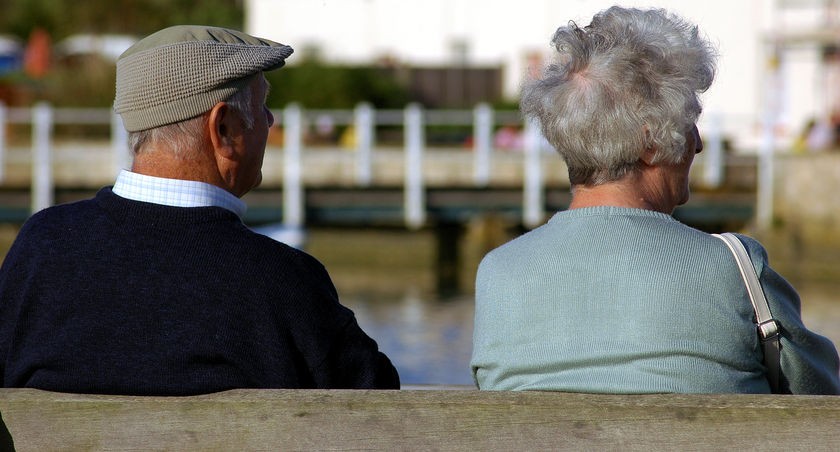 Associate Professor Elitsa Dimitrova – head of the Reproduction Processes and Structures of Population with the Center for Population Studies at Bulgarian Academy of Sciences, in an interview for FOCUS News Agency.

FOCUS: Ms Dimitrova, the current demographic situation in the country is being characterised with continuing decrease and aging of population, low birth rate and a constant high mortality rate. What risks do these data hide for our society?


Elitsa Dimitrova: The demographic data about the situation in the country are very alarming, they are showing the glaring negative trends in the development of the major demographic processes. Over the last 25 year we have been witnessing a significant decline in the birth rate compared to the levels from the beginning of the transition period. In the period 2004-2009 there was a positive trend but after this period we again witnessed decrease in the rate of live births. Trends in terms of death rate are also alarming, as Bulgaria is currently among the European countries with highest death rate. These trends are followed by a series of explanations. Some of the reasons are purely demographic and concern the process of population ageing which is the exceptionally rapid. In other words the proportion of elder people in the country is rapidly increasing, but death rate is higher in this group. At the same time high mortality rate among the population has a purely social explanation regarding the deteriorating living conditions, health problems, we are witnessing since the beginning of 1990, so far. Besides high death rate and low birth rate i.e. the negative natural growth, the demographic situation in the country is further aggravated by the intense emigration processes. There are some positive trends available. The average life expectancy is increasing for both sexes. According to data in 2013 the average life expectancy for women was 75 years, while for men – 71 years. If you look at comparative perspective these data we can see that Bulgaria is still far from average performance in the European Union.

FOCUS: How do the rest countries of the Old Continent deal with these problems?


Elitsa Dimitrova: Most European countries are facing the problem of aging population. In Western countries, however, immigration partially compensates the negative consequences of this process. Western countries attract many people who are young, in active age. In this respect Bulgaria is a "donor" country. By external migration we lose young and active population, which is the potential of the nation. Another way to mitigate the effects of an aging population is associated with the development and implementation of social policies that aim to support young people and families to give birth and raise more than one child. Most effective is the socio-political model of the Scandinavian countries, where the government redistributes significant funds to support and encourage families to enable them to raise more children. There are applied not only financial measures to help parents, but also measures of a different nature - access to kindergartens, promoting balance between work and family for women, protection of working mothers, the active involvement of men in childcare. This set of measures gives positive results in these countries.
In the case of Bulgaria immigration still cannot be considered as an option for mitigating the effects of aging of the population. It is not expected to compensate the negative natural growth in the short run through the influx of immigrants of working age who to come to live and work in the country. On the other hand, social policy aimed at stimulating the birth rate has an effect that is still far from the planned one.

FOCUS: Many experts claim that the demographic crisis has already turned into a catastrophe. What is the speed of the negative trends and is this process an irreversible one? Is there any time left for a response?


Elitsa Dimitrova: It is often talked about demographic crisis and demographic catastrophe in the public space. The public’s alert to such serious demographic problems we are currently witnessing, is certainly not made by chance. We should be bothered, indeed. If we take a look at the demographic forecasts published by the experts of the Institute for Population and Human Studies and Eurostat we will see that due to the demographic crisis and the never-ending effects of the above mentioned negative trends, it is difficult to overcome quickly the decrease of Bulgaria's population. According to different forecasts even if in the near future there is some improvement of demographic ratios – an increase of the birth and death rates or if the external migration processes fade away, the Bulgarian population will keep decreasing in number due to the inertia of the demographic processes. So the goal is not to overturn the demographic trends in the very near future but rather to soften the consequences that would arise.

FOCUS: Do you know how is Bulgaria’s urbanisation going on and whether young people are still migrating from villages to bigger cities?


Elitsa Dimitrova: 70% of Bulgaria’s population lives in the cities. The situation in villages is quite disturbing. We are witnessing a process of depopulation and young people prefer to migrate into cities. All this has to do with their future plans and the chances of professional growth. A great number of young people go to study in bigger cities as better job opportunities are easier to be found there. And last but not least, living conditions are also much better in big cities. So their motives are understandable – better education, better paid jobs and better living conditions. The problem in Bulgaria is the extensive concentration of people in some of the main cities at the expense of small towns and villages. There is obviously a need of a balanced allocation of the population in smaller and bigger towns. This may only be achieved provided that smaller towns offer better living conditions, which to make them more attractive and to keep young people there.

FOCUS: Is there a tendency students to continue their education abroad and what is the percentage of high school graduates that go abroad? How many of them are later coming back to Bulgaria?


Elitsa Dimitrova: The fact is that many young people prefer to complete their Bachelor’s and Master’s degrees abroad. This is quite obvious if we take a look at Bulgarian universities, where the number of students is constantly decreasing. Apparently, young people who study abroad think the education there would provide better job perspectives and consequently better salaries. The problem is not that more youths prefer foreign universities but rather that most of these youths are not planning to return to Bulgaria after they graduate. Evidently, the professional perspectives they expect abroad are more attractive. The differences in labour payment, the standard of living and the overall quality of life, are the main factors which keep these young people there.

FOCUS: What do future forecasts predict? What are the optimistic, the pessimistic and the realistic options for Bulgaria to encounter?


Elitsa Dimitrova: NSI analysis shows that Bulgaria’s population will be between 6.3 and 6.5 million by 2035. The fluctuation in the number of people depends on how the birth rate, the death rate and the migration processes would develop. Bulgaria’s population, however, will keep decreasing the next two decades, even if these processes show some kind of improvement.