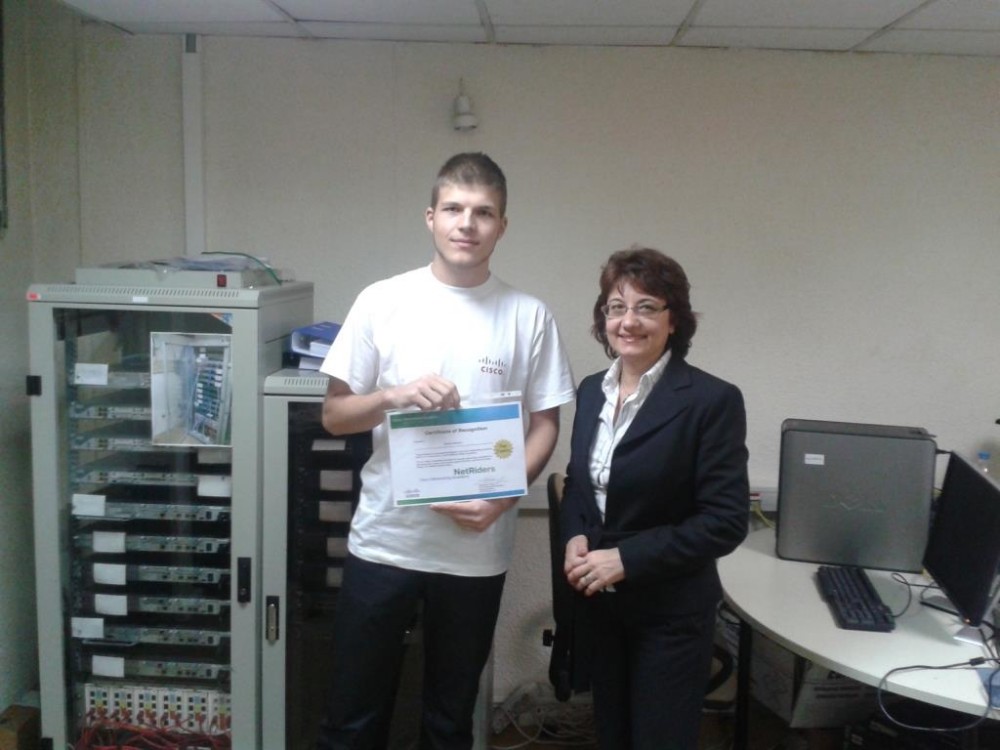 The news was reported by the Bulgarian Industrial Association, BIA.

Stefan, along with another 18 winners from other such competitions across the globe, receives as award a week-long trip to CISCO headquarters in the Silicon Valley in the US.

The contest was held online on September 24 among 172 participants from 63 countries from Europe, the Middle East, and Africa.

The young Bulgarian ranked first in this particular contest. Bulgaria was represented by two other young people - Georgi Tsonev and Mila Peneva, both from the Naval Academy in Varna. The three were winners in the national network contest. Georgi has ranked 11th in the international one.

With the above, Stefan was accepted without an entrance exam as a Mathematics and IT major in the country's oldest and most prestigious college, the University of Sofia.

He was a student under the program "Cisco Network Academy" in his National Mathematics High School and has successfully completed it, and is following a CCNP course at BIA, which is actually a reward for his victory in the national student contest.

Stefan is not the first Bulgarian winner of International NetRiders as Pavel Stefanov won in 2008.

Since 2008, the BIA academy is the first on the Balkans that offers training under the program Cisco Certified Network Professional (CCNP).