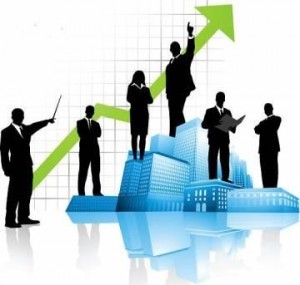 The adverse economic setup created by the world financial and economic crisis has resulted in a decline in the number of employed Bulgarians. Companies have cut some of their operations while some small and medium enterprises have gone bust. Within EU Bulgaria ranks 8th in terms of the growth of unemployment, Eurostat figures suggest. One sector where unemployment has become rampant is construction which was booming in the years that preceded the crisis. Unemployment in this country in August grew to 12.5 percent, up from roughly 6 percent before the crisis. The situation has further deteriorated given the local demographic trends. In predictions of the European Commission employment will continue to keep low levels in the coming years.


For the past three years alone jobs have declined by 400,000, employers have said. The 2013 draft budget has planned a decline of the unemployed by 2 percent. This implies creation of new jobs. The business however has been very cautious. One-third of businesses in Bulgaria actually intend to carry out layoffs. And wherever there are pay rises, in most cases this will be due to layoffs, employers say. Most of them believe that they will keep existing positions in their companies. Few intend to hire new staff. These are mostly companies from the sectors of transport, finance and insurance, the latest survey of the human resources company Manpower has found.


With the planned increase in the minimum wage from next year that will combine with other factors, labor in Bulgaria will become costlier. Wrestling with the crisis, employers are likely to optimize their staff and cut on investments. Statistics suggest that the crisis has weakened many firms financially, so they have cut investment in basic capital by about 2 percent during the second trimester of the year, on the same period of 2012. Investments in qualification of personnel have shrunk to a minimum. In the meantime, experts from the International Monetary Fund have warned that at least a decade will be needed for the economy to recover after the crisis.

"There is enough financing under various employment programmes, so employers should use them properly and hire workers as an alternative to layoffs", Social Minister Totyu Mladenov told the press. He went on to say that for the time being the state is one of the biggest employers in the country. According to the trade unions, to be able to have more secure jobs and decent pay, the business environment in Bulgaria should become more stable.

To achieve this, bureaucratic obstacles standing in the way of businesses should be cleared. This should be coupled with radical measures for limiting the gray economy that has to do with financial fraud, illegal imports, dumping, VAT social and failure to pay social security contributions and salaries. One key facrtor4 according to the Confederation of Independent Trade Unions is limiting the monopoly pricing of energy coupled with predictability, accessibility and visibility of the prices of energy resources.