Serious Games workshop within the... 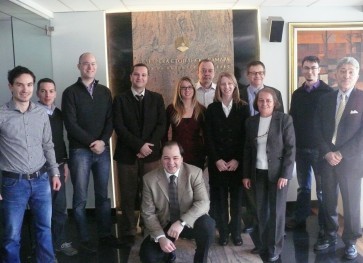 A meeting within LUDUS project (European network for the transfer of knowledge and dissemination of best practices in the innovative field of Serious Games) was held at BIA on 10-11 February 2011.

The meeting was attended by representatives from the project partners from Italy, Greece, Romania, Slovenia, and Hungary. The project is crucial for the regional cooperation of the SEE countries and is financed by the Bulgarian Ministry of Regional Development and Public Works under a program called "South Eastern Europe". The participants discussed important topics from the 2011 programme such as the forthcoming Second European best learning game competition, second European conference on Serious Games, which shall be held in Milan, Italy, the results from research on Serious Games etc.

The participants from BIA presented the agenda for the second regional meeting within the project which is to take place on 17 February 2011 at Sheraton Sofia Hotel and which shall be attended by representatives from the Serious Games Institute in Coventry, UK.

Second regional meeting of the international...

LUDUS - European network for the transfer of...