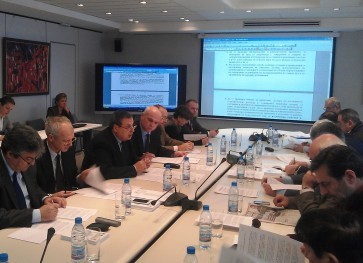 Today, January 5, 2012, BIA hosted a second round of bilateral negotiations between the national representative employers and trade unions to reform the pension system and strengthen the social dialogue.


Participants in the meeting agreed on the need for changes in Social Security Code, the Labor Code and the Rules of Organization and Procedure of the councils for tripartite cooperation. The changes aim to stabilize the insurance system and improve the quality of social dialogue in the country and ensure that the achieved agreements between social partners will be strongly taken into consideration during the legislative process.

Agreed between employers and trade unions measures will be introduced next week for the Prime Minister Boiko Borisov, a proposal for discussion on them, he has chosen format.

A the end of January this year be held the third meeting between employers and unions, which will be discussed proposals for changes in other socio-economic areas, incl. education, health, labor and others.