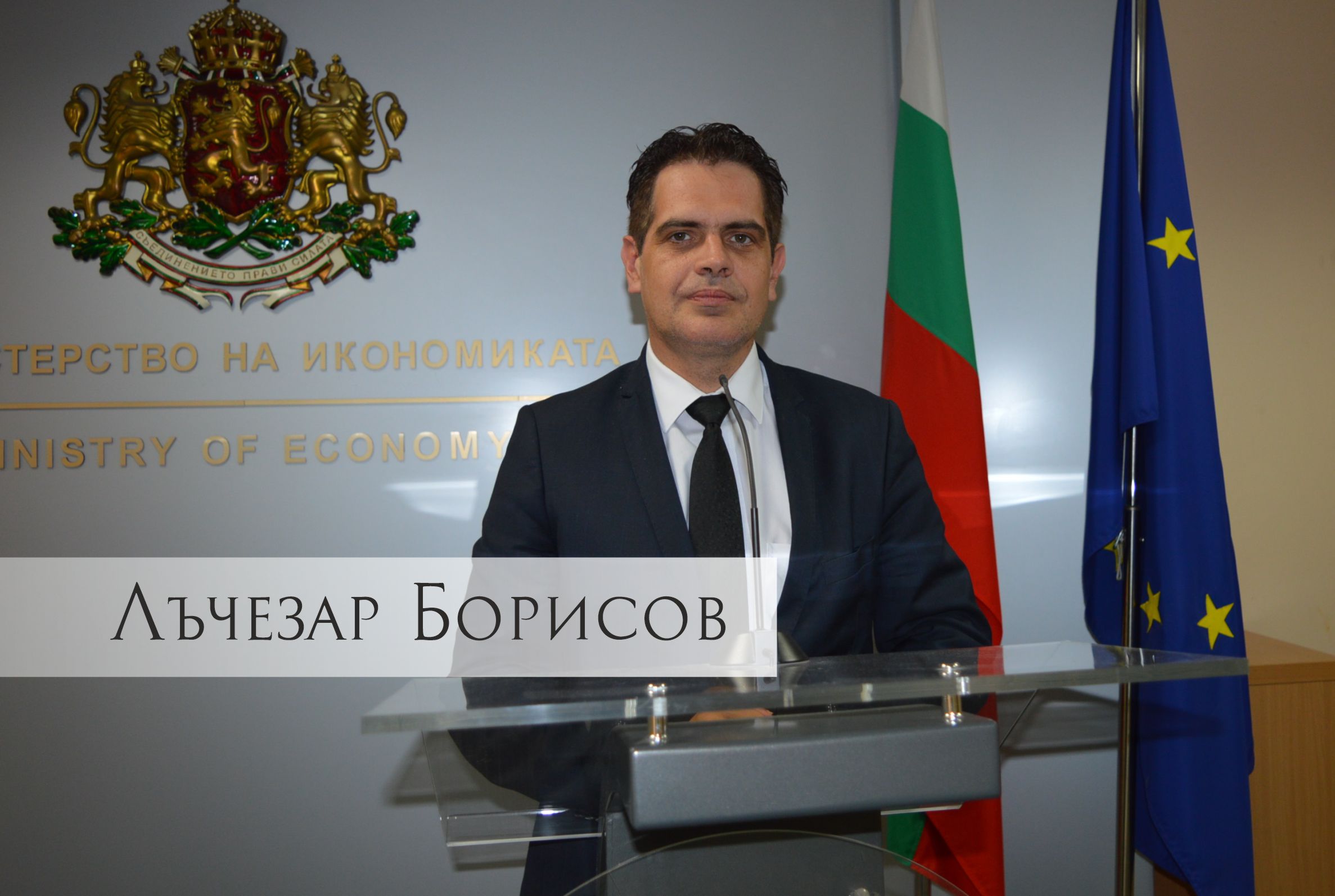 Minister Borissov, 2020 passed under the mark of COVID-19. In a very short period of time, the whole economy had to adapt to this new reality. Did our country do well? What are the estimates at the end of 2020?

Our country entered the crisis with very good macroeconomic indicators. It is no coincidence that Bulgaria is already a member of the ERM II currency mechanism and the banking union. We must not forget that our economy depends entirely on the European economy. Back during the Spring, both science and business united with the state’s support, and we quickly began to produce protective clothing, helmets, glasses, masks, and now respirators. Overall, the Bulgarian economy is doing well against the backdrop of other economies. While some of the European countries registered a decline in the first quarter of 2020, Bulgaria grew. The second trimester was a weak period for everyone. The annual basis decline was about 8.6 %. Even back then, we were doing 50 % better than the EU average. There were countries with an approximately 20% decline in GDP. In the second quarter, the decline in Bulgaria was mainly in the line of investments, the negative trade balance for this period decreased significantly on an annual basis, but we reported a slight increase in final consumption.

We already have estimates for the third quarter – the decline in GDP is 5.2 % compared to the corresponding quarter of 2019, but the trend of maintenance and even growth in consumption is deepening. This means that the adopted measures of the state have a positive effect – the consumption of households increased by 2.3 % on an annual basis, and grew by 5.3 %. compared to the previous three months. The good news for the third quarter is that investments have started to recover. There is growth of gross fixed capital formation in the structure of GDP in the third quarter compared to the second quarter. We are falling behind on exports, but I believe that there will be improvements in the last quarter.

Which are the most affected economic sectors by the pandemic?

Definitely, the most affected are the sectors related to tourism, restaurants, transport, small shops. That is why our support efforts were mainly focused there. We started with the OPIC support measure of micro- and small companies from all affected sectors – over 21 thousand companies received 173 million grant support. I've also issued an order to review the other 6000 projects that applied for the procedure. A total of 3 354 project proposals have been suggested for reassessment. The measures are also implemented for tourism and transport as well as for medium-sized enterprises. We supported many employers in protecting their staff with measure 60/40, implemented by MLSP which was transformed into 80/20 and even 80/0.

Which economic sectors are growing and have the opportunity to develop?

Those of structural importance will be the ones who offer quality – those who are transforming rapidly, those who will respond with ecological awareness to the globalized world – green and carbon neutral. These are the industries with which Bulgaria will stand a chance to provide new supplies to the near-shore. Everyone should think a bit more globally, a little greener and with much more innovativation. This is when the state will support the business. Economically, we respect the EU’s principles ‘think of the small ones first’. We also follow the solidarity principle of helping the affected industries, but we also need a transformation towards the future, and it will come through innovative services and industries.

How will the MI help the “losers” and how will it stimulate the “winners”?

We have already shown support with 1.1 billion BGN for business through the measures implemented by MI and MLSP. Nearly BGN 600 million have already been invested under the measure 60/40. Under the anti-crisis measures implemented by MI alone, more than BGN 450 million have reached the Bulgarian companies. Stemming from them, we provided opportunities for over BGN 200 million under OPIC grants and over 250 million leva interest-free loans under the two guarantee programs of the Bulgarian Development Bank (BDB) for support of companies and individuals. The total resource that we could mobilize in the banking sector through the BDB and the Fund of Funds is about BGN 2.8 billion. Aid to enterprises, which goes through the BDB, is expanding and extending – the amount of credit increases and the banks conditions are eased. We have increased the limit for a individual loans to 6900 BGN and we have also eased the conditions, which are also guaranteed by BDB and are interest-free. Both programmes are extended until mid-2021.

Under OPIC we have open procedures for over BGN 300 million. Currently, the focus is on the procedure for support of medium-sized enterprises. 1 285 units with a total grant amount over 178 million BGN are offered for funding. The reserve project proposals under the procedure are 418 with the amount of approved aid over BGN 55 million. We have agreed and have sent invitations to the business under the old procedure for improving production capacity to support the structure of GDP in terms of investment. The value of the payment will be BGN 68 million. 69 administrative contracts with a total grant amount of 31 339 211 BGN have already been concluded. By procedures we support more bus carriers – with BGN 30 million, as well as tour operators, travel agents and tour guides – with over BGN 10 million.

A procedure with a specific beneficiary NRA started in mid-January with an envisaged budget of BGN 156 million. It aims to provide working funds to the enterprises whose activity is affected by the order of the Minister of Health for the introduction of new anti-epidemic measures. A enabling mechanism of implementation is being considered, so that it can launch as soon as possible and provide support to the undertakings concerned within a short time. The means of implementation are redirected from the two other procedures, which are being prepared to be announced, but nevertheless, we are looking for options for their subsequent implementation as soon as possible.

How do you assess the effectiveness of anti-crisis measures? Were they timely and did they actually work?

Thanks to the measures, we kept the economy alive and saved 250 000 jobs. I also express my gratitude to all employers with whom we are in constant contact and who offer their help with suggestions on how to compensate the business. We have achieved a very difficult balance between the freedom in the economic life and the severity of anti-epidemic measures according to international standards. The trade sector has remained almost entirely open. This ensures supply, production and industry. Together with MLSP, we must achieve the fastest effect – the measures should be accessible, public, transparent, and the approachable for the business.

BIA’s members point out as a significant problem the slow procedure for approval of the submitted documents. We have companies that shut down because of the predicament before the funds got to them. What are the prospects of the processes speeding up?

We strive to respond accoringly to the public’s expectations to this crisis,and we are working very fast by the European rules. It’s a big responsibility. At the moment, I believe that any delay is being overcome, we make the fastest and best decisions to meet these expectations. In a crisis that leads to challenges not only in the Bulgarian economy but also in the global economy, we emphasize on a rational policy that will support Bulgarian business and Bulgarian citizens in order to cope with these challenges in a timely manner. From the very start, we have consulted with business about the measures, we are dedicated to be even more active in supporting the industry.

Despite the crisis this year, there is a resilience of companies. The statistics of the Registry Agency show that in the major 28 regional cities in 2020 8,158 companies have ceased their activity. For comparison, in 2019 there were 8,859, which shows that this year, 8 % are the fewer traders who have ceased to function for one reason or another.

According to the autumn economic forecast of the EC, Bulgaria’s economy will recover to the pre-crisis levels by the end of 2022. What is your forecast for its recovery?

As Minister of Economy, I follow all forecasts for Bulgaria, including those of the European Commission, the International Monetary Fund and Standard & Poor’s. Compared to the forecasts from the beginning of the year, the autumn ones point to an improvement in the situation in Bulgaria because they see these indicators that currently support us at a certain level as consumption and investments in the structure of GDP. What all these predictions indicate is that even in the worse case scenario, we have to restore absolutely everything that was lost within the next 2 years. If we're more ambitious, we can do better. This is valid for almost all European countries and it is very important that with these macroeconomic indicators Bulgaria is doing better than the EU average at the moment. In terms of financial stability and debt, compared to the forecasts, we will be 4 times better than the average Europeans and many of the countries. From the point of view of the deficit, we will also be better. We have financial stability, we have the corresponding buffers, so at a purely macroeconomic level, we can handle it.

What will 2021 be for the Bulgarian economy? What are the three biggest challenges Bulgarian business is facing and how will we deal with them?

We have a unique chance to transform our economy by dealing with the pandemic crisis. What is expected globally is that we will be increasingly carbon neutral. In order for Bulgaria to become a part of the international investment and business scenes, we must meet these requirements. These are requirements not only for the state, but also for business, and we want to encourage this direction. We rely on digitization, but also on Green Bulgaria. We are currently working on such projects with our industrial zones. This is the next challenge that we need to respond to and guarantee social and health economic development. Our policy towards development of human capital is seen in terms of the investments of the next budget – education, innovation and social environment.

What is your wish for the Bulgarian business?

First of all, I want to wish you well. Together, we must continue to work for an economy that creates higher levels of added value, which guarantees a greater budget which provides both social and health infrastructures. We should not only focus on capital, land or infrastructure, but on the development of human capital, too.