265 Stories of the Economy 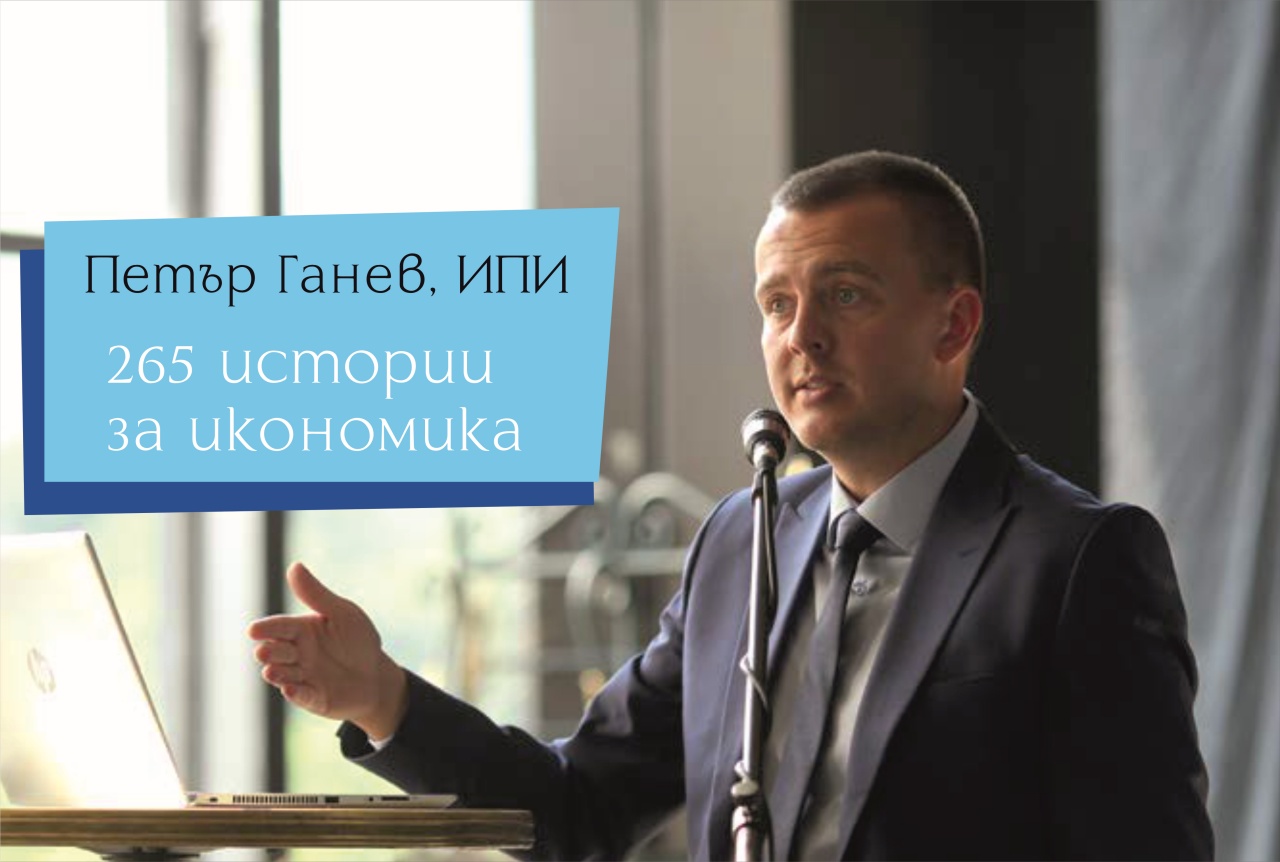 The IME initiative “265 Stories of the Economy” is possible thanks to the exceptional support of leading companies and business associations in the country. The IME team is grateful for the support of the Bulgarian Industrial Association, Assarel-Medet, Dundee Precious Metals Chelopech, KCM 2000 Group, EVN Bulgaria and LIDL Bulgaria. The initiative's media partner is Darik Radio.

The Institute for Market Economics (IME), in partnership with the Bulgarian Industrial Association and leading Bulgarian companies, has launched an unique initiative for the dissemination, visualization and analysis of municipal data. The “265 Stories of the Economy” initiative (www.265obshtini.bg), through its interactive map of Bulgaria, provides a new tool for accessible and comprehensible presentation of numerous social and economic indicators on a municipal level.

Traditionally, the conversation about regional development in the country is conducted at the level of the planning of regions and districts, often focusing on the most familiar - the development of the capital and / or the less developed nature of the shrinking/ depopulated areas. However, there is a lack of specific knowledge about the state of the municipalities, and this is not because of lack of interest, but because of the inaccessibility of the data. If you want to check the investment or salary level in your municipality, there is no easy way to do it. It would be even more difficult to make comparisons with other municipalities in the country.

This is exactly what we want to change with "265 stories of the Economy." The Interactive Map is a tool that allows everyone to discover their history in the development of the Bulgarian municipalities. Only in a months time, the initiative started with 12 benchmarks, with over 17,000 users using the map. The great interest of experts, representatives of local authorities and the media has shown that there is a real hunger for specific knowledge at the municipal level. Almost every map holds a big surprise that has been ignored so far.

The first maps are in four main areas: demography, education, the labor market and the economy & investments. The following are some of the observations that can be drawn from the maps in each direction:

It is a fact that often municipal disagreements bring surprises and conflict with some widespread perceptions. That is why the maps have caused so many discussions in recent weeks, including the mayors of small and large municipalities, who actively used the new developed tool. The data, however, has this characteristic- provoking new points of view and bringing us closer to the realities of the regional map of the country.

Small municipalities with strong industries are leaders in wages

The payroll map was of the highest interest. In this case, we use the data on the average gross monthly salary (in BGN) of employees in non-financial enterprises by municipalities for 2018. The card confirms the observation that the municipalities with the highest salaries in Bulgaria are not necessarily the big regional centers.

The municipalities from the periphery of the big centers are seriously represented in the top 20. These are Bojurishte, Kostinbrod and Elin Pelin, which are in the periphery of Sofia, Maritsa to Plovdiv, as well as Devnya, Suvorovo and Beloslav to Varna. The general observation is that high wages are in the large economic centers and their periphery - especially around Sofia and Varna, in the mine industry and respectively in the Sredna Gora small municipalities, as well as in the municipalities with large energy companies.

265 Economy Stories is a long-term initiative, and in the weeks and months to come we will continue to upload new maps and get into detail. We expect this year to open a huge amount of data that will allow each user to explore in depth and comparatively the development of their municipality.