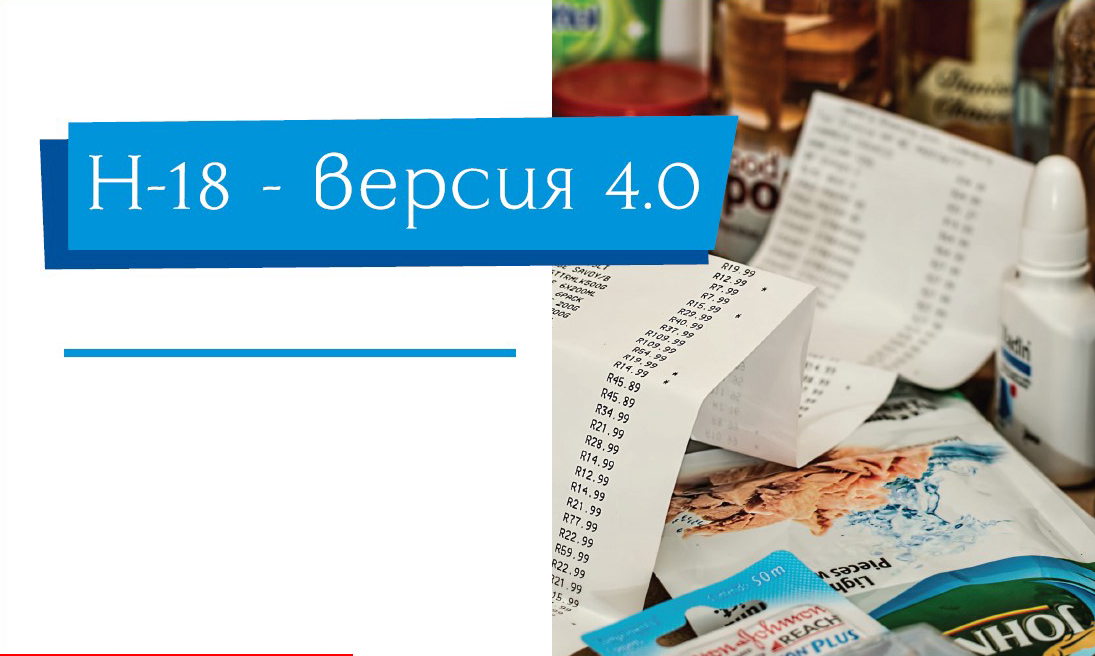 Changes to Regulation H-18 for registration and reporting through fiscal devices of sales at retail outlets, requirements for software for their management and requirements for persons making sales through an online store, or in short, the "regulation for cash registers", have become one of the most debated topics over the last year and a half. Although it has not been able to obtain in such a short time the widespread popularity of COVID-19, the H-18 is now undoubtedly the most famous legal document in the Bulgarian legislation. Who doesn't know the H-18? Who hasn't heard of it?

And while everyone knows that there are changes to the regulation, those who know what these changes express are relatively few, and those who actually know how to fine-tune their systems and business processes to meet the new requirements, are negligible few. There are generally two changes: The first one is that traders using sales management software (SMTP) must use one that meets the new requirements and the SMTP must be connected and operate through the fiscal device. The second one: after 20 years of online trading, e-shops have become the focus of the NRA's seeing eye. The philosophy is clear - reducing the 'gray' sector and ensuring a fair competitive environment.

This is where all clarity ends, and the well-known Q&A (question and answer) procedure begins: Who does this regulation concern? What should I change? How do I it? Where should I ask? And, after all, why should I do anything when I honestly and correctly account for all my sales?!

Gradually, the group of industries, aware of the scale of what is happening, began to increase. Initially, owners of restaurants, e-shops, software developers, then the hoteliers, physicians, fuel merchants, bus carriers, and finally large enterprises using sophisticated and expensive business process management systems. It turns out that H-18 concerns everyone!

And so it started ... business meetings, opinions, letters, press conferences, media appearances, meetings in the Council of Ministers and the Ministry of Finance, and the formed Crisis Staff at the NRA - permanent working groups for changes to the texts in the ordinance. Since then, the deadlines for entry into force of the main changes have been postponed three times and we are already working on version 4.0 of the Ordinance.

Alternative solutions were also reached - for bank card payments, for doctors, for large enterprises with less than 5 percent of cash turnover. But the big questions remain: What exactly is SUPT? Where does the sales process begin and where does it end?; What information is needed by the NRA and why does it want the recipe for a Shopska salad?; Will the practice of sealing commercial premises continue and in what cases will the measure be required in advance?…

New working groups have already been formed and the current deadline is July 31, 2020. It seems like next summer it once again be hottest topic, connected to the NRA and the MoF. At least it turns out that COVID-19 isn’t heat-resistant. The H-18 is certain to be free from meteorological forecasts, but only political ones.

For a year and a half the Bulgarian Industrial Association was the only nationally representative employer’s organization actively involved in the negotiations to change the requirements of the disputed Ordinance. In order to bring it into practice that would make it practically feasible, many public events were held under the auspices of the Association - discussions, press conferences, seminars, workshops between interested business organizations and the state administration. Thanks to BIA and the branch organizations united around the Association, the deadlines for entry into force of the Ordinance were repeatedly postponed, and the work on changing the disputed texts continues today within the established working groups.