What has BIA accomplished in 40 years? 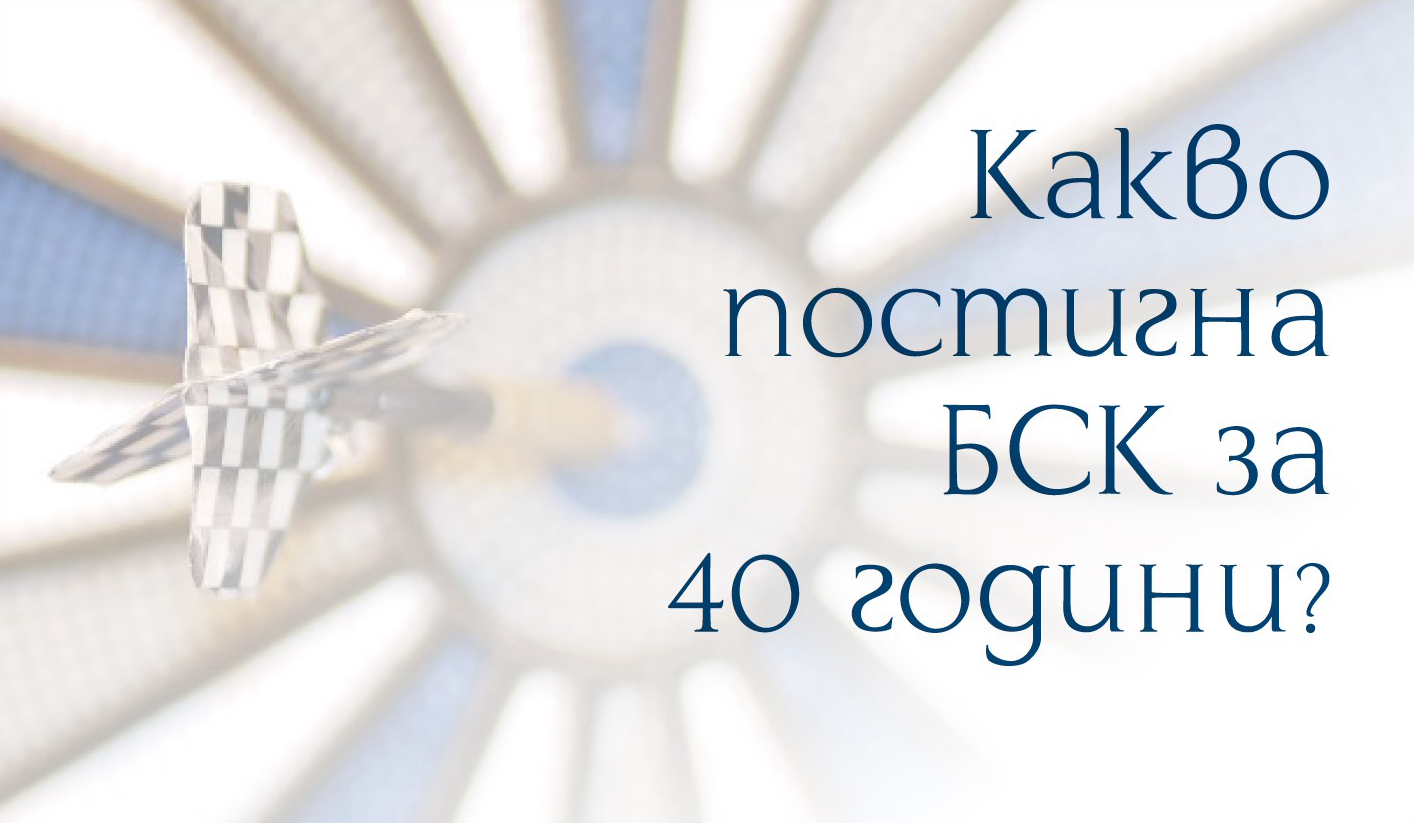 On April 25th, 1980, representatives of the largest Bulgarian companies established the Bulgarian Industrial Commercial Association, later renamed as the "Bulgarian Industrial Association". BICA is the first non-governmental organization in the former socialist camp to conduct market relations in Bulgaria. Although in times of planned economy and intense political pressure, the organization manages to impose some modern, not only at that time, but also today, principles of market behavior.

BICA establishes the first venture capital fund in Bulgaria and the first commercial bank (Bank for Economic Initiatives AD) through which it finances the construction of more than 600 small and medium-sized enterprises. Many of them are still developing successfully today.

An important part of BICA's activity is related to the establishment of technology parks at the Technical Universities in Sofia and Varna working in the field of technology transfer.

The transition from a planned economy to a market economy inevitably leads to a new phase of BIA's role in the development of the Bulgarian industry. The Association actively attracts foreign investment, participates in the privatization process, participates in the rulemaking of the business as a whole in the transitional period, and places the Bulgarian economy on the market bases and new principles.

BIA's role in the development of the dialogue between employers and trade unions and in the establishment of the social partnership system in the country is extremely important. Under the guardianship of BIA and with its active participation, the first regional and branch employers' organizations were created. The collective dialogue were initiated at both branch and company level. BIA, being the only employer organization in Bulgaria at the time, was the initiator and founder of the National Council for Tripartite Cooperation (NCTC).

Among the significant achievements of BIA for the development of the modern Bulgarian economy are the following:

• the establishment of the Bulgarian Stock Exchange;

• the introduction of the Arbitral Tribunal as an institution facilitating the speedy resolution of commercial disputes;

• the establishment of the first health and pension funds in the country, as well as the first leasing company - Interlease AD;

• Bulgaria's first network to access the Internet and the first electronic signature (BulSign) through the international certification organization GlobalSign.

BIA in the 21st Century

In the new century BIA continued to work for the development and stability of the economic environment. The Association is also active in international activities, mainly within the framework of European social dialogue.

BIA became a conduit for the European membership of the country through the establishment of the Joint Consultative Committee Bulgaria - European Union. The Association is the initiator and co-founder of the Committee and presides over the Bulgarian side for two consecutive terms.

The role of BIA is particularly active in the formulation of the economic policy in Bulgaria, the development and improvement of the regulatory framework in the social and economic sphere, the preparation of analyses, studies and expert assessments in the field of industrial, tax and social policy, industrial relations, environmental protection, technical requirements of the products, development of small and medium-sized enterprises, etc.

Due to the expert potential of BIA and its position as a nationally representative employer organization, a number of problems in the field of economy have been solved, including:

• Keeping the Commercial Register out of court;

• Introducing the electronic signature as a means of authenticated communication;

• Introducing a flat tax on personal income and corporate profits;

• Revising the number and severity of regulatory regimes;

• A drastic reduction in the number of payment orders for taxes and social security payments through the introduction of the single account;

• Creating an opportunity (through a legal change) for payment of state and municipal fees through POS terminals without corresponding bank fees;

• Changing the procedure for issuing complex permits in order to facilitate the investment process;

• Preventing some of the restrictions on the work of temporary employment agencies;

• Accelerated recovery of overdue liabilities of the state and municipalities to business;

• Exercising control and preventing the intentions of the Council of Ministers (2011) to ineffectively invest the “Silver fund” in the fiscal reserve;

• With the active participation of BIA, the reform of the energy system was adopted, incl. the Ordinance on reducing the burden of energy costs from RES;

• Problems of Bulgarian business have also been resolved within the European Parliament through BIA's membership in BusinessEurope (Confederation of European Business).

The work of BIA in the field of professional qualification is extremely important. The Center for Vocational Training (CVT), which has especially been created for this purpose, is qualified and developed in a wide range of professions for which it issues a nationally recognized document. The CVT also has a Center for Computer Training, which operates through a regional Cisco Academy for training computer networking professionals whose certificates are recognized worldwide. The Cisco Academy at BIA was the first in the Balkan Peninsula to launch CNCP training programs for training Cisco Network Certified Professionals, and received the World's Best Student Award in 2003.

Since 2010, a National Center for Workforce Competence Assessment has been operating at BIA, which supports the implementation of the competency approach in human resource management. The Center coordinates the functioning of BIA’s developed information system for assessment of competences MyCompetence, which since 2019 has the status of a national system, owned by the Ministry of Labor and Social Policy.

BIA is the only business organization in Central and Eastern Europe to establish a unit to help meet national and European environmental, quality and safety requirements. The Clean Industry Center introduces ISO series corporate governance systems and participates in the development of environmental regulations.

The Association publishes a wide range of information materials and thematic online newsletters, as well as the Noblesse Oblige magazine. The users of BIA's services receive daily business information via the Business Industrial Capital e-newsletter, with a multi-lingual reach ​​to more than 30,000 subscribers in the country and abroad.

BIA continues its active participation in the system of social dialogue at national and international level, where it defends the interests of the Bulgarian business in changing the regulatory framework and administrative practices. The Association works actively on current issues of the economy, provoking public discussion on relevant topics and, in the spirit of constructiveness, proposes possible solutions.

During the 30 years of political and economic transitions and changes, BIA established itself as one of the leading partners of the state in determining economic policy, maintaining its political non-commitment and remains guided solely by the principles of nationally responsible behavior, competence and correctness.