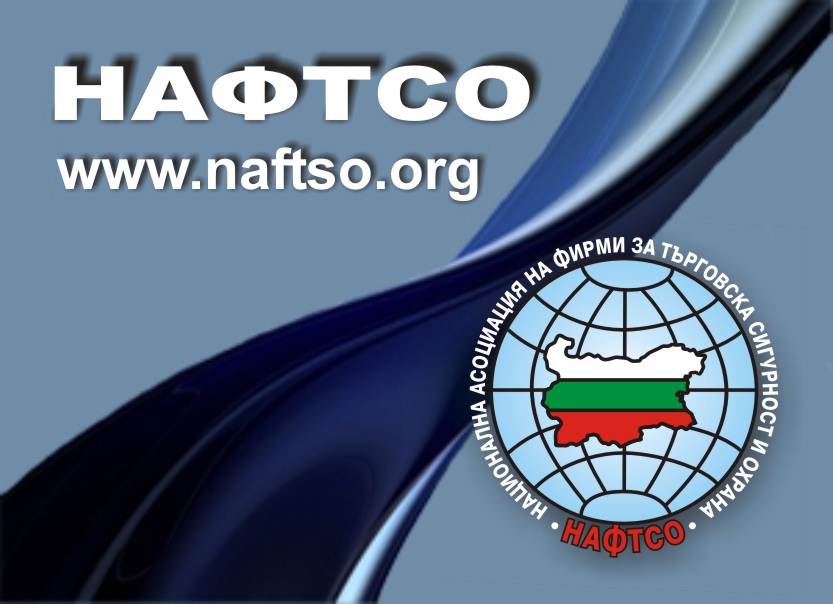 NAFTSO is a recognized representative employers organization of the private security sector in Bulgaria.

NAFTSO is a member of Confederation of European Security Services CoESS, representing private security industry at European level. The association was the host of CoESS General Meeting and the meetings of some Working Committees of Confederation in 2008. It was the organizer of the International Information Meeting-Discussion „Harmonization of the private security services in Europe in the implementation of the Directive 2006/123/EC" in 2010 with the participation of CoESS Working Committee "Guarding".

As a member of: the Confederation of Employers and industrialists in Bulgaria (CEIBG), Bulgarian Chamber of Commerce and Industry (BCCI), Bulgarian Institute for Standardization (BDS) and the Advisory Committee of Cooperation in connection with the issues of the private security business (to the General Directorate "National Police" of the Ministry of Interior), NAFTSO protects the interests of the companies, engaged in the security business and/or other safety-related services.

The association is represented at the Economic and Social Council of Bulgaria. Her representatives lead TC 53 "Alarm systems" and TC 102 "Societal and Citizen Security" of Bulgarian Institute for Standardization (BDS),  the Standing Committee "Security" of Confederation of Employers and industrialists in Bulgaria the and Expert Commission "Public safety and security" of the National Agency for Vocational Education and Training.

NAFTSO has established active collaboration with Sofia Municipality regards the issues in connection with the providing a more secure environment for children and young people at educational and children establishments. It is a preferred partner from some universities and a lot of NGOs.

The association has been the organizer of all successful and useful annual national events of the private security in Bulgaria, including the anniversary Meeting-Round table "20 years security business in Bulgaria" in 2010 and the Anniversary Meeting "10 years NAFTSO" in 2011.

There was a real input from NAFTSO for the recognition of the profession "Guard", preparing of the State Educational Requirements for the training and establishment of the Day of the security guard and the private security business - 11th November.